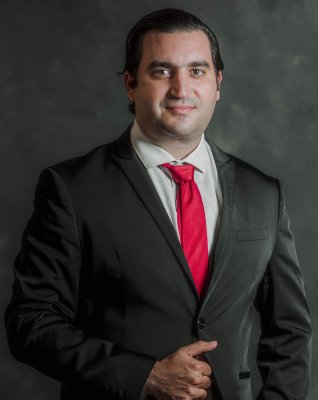 Ruy Mireles was born in Canada, though his family is originally from Monterrey, Mexico. His father, a doctor by profession, was doing his residency in Quebec, Canada, when he came into the world.

After a time, his family returned to Monterrey and a few years later they settled in McAllen, Texas, where his father began to practice as a doctor.

His grandpa’s stories inspired him to choose his profession

His paternal grandfather was a judge in Monterrey and Ruy grew up with the stories he told him. “I knew it was something I wanted to study, because I wanted to help people,” he said.

He earned a bachelor’s degree in International Business from St. Edwards University in Austin, and then studied at the Thurgood Marshall School of Law where he graduated with a law degree and a master’s degree in Global Energy, International Arbitration and Environmental Law.

With this experience, he learned what it was like to defend corporations or large companies. However, he knew that his purpose was to defend and protect the people of his community.

His primary purpose: to defend and protect

This led him into the field of accidents, especially defending Hispanics in personal injury cases. “I wanted to defend my people, my community,” the attorney said.

For Ruy, as an attorney, his great satisfaction is helping people regain their health and get some comfort with the economic benefits of winning compensation.

Moreover, as a father, he knows how important it is to stay together and support one another. This is a value he brings to his work by helping Hispanic families.

Ruy Mireles has been a member of the Texas Bar Association since 2004.