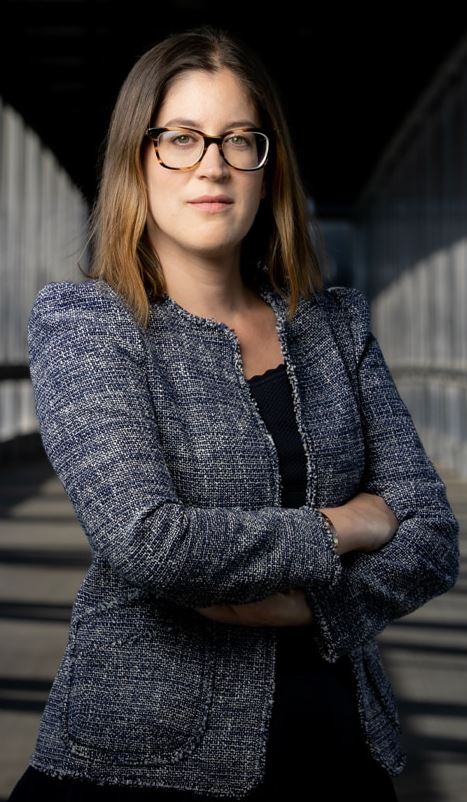 Attorney Kimberly Diego is a native of Texas with deep roots on both North and South American continents. Fluent in Spanish, she attended high school in Argentina, Colombia, and Puerto Rico. Also as a high school student, she took classes at the universities of Oxford and Harvard.

She obtained her undergraduate degree from Georgetown University, and her law degree at University of Colorado. While in law school, she completed the Criminal Defense Clinic and interned with the Colorado State Public Defender’s Office. She was admitted to the Colorado bar in 2008 and now practices criminal defense law in Denver. She is also licensed to practice in the U.S. District Court for the District of Colorado.

Kimberly became a criminal defense lawyer because she has a strong personal belief that every person is entitled to a legal defense – a principle so important that it was specifically written into the United States Constitution. Diego notes that although criminal defense is a little-regarded area of law, it is vital to a just society and a field she finds personally rewarding

Kimberly’s practice is rooted in the idea that every client is entitled to a rigorous criminal defense. She places a priority on giving each case her personal attention, a commitment.

Kimberly has garnered quite a bit of recognition for her work. In 2012, she was named one of Super Lawyers’ “Rising Stars 2012,” a distinction reserved for attorneys 40 years old or younger or who have been practicing law for 10 years or less.

No more than 2.5 percent of the lawyers in the state are named to this prestigious list. She also has recently been named to The National Trial Lawyers “Top 100 Trial Lawyers in Colorado for 2012-2016.″ The National Trial Lawyers is a national organization composed of the top 100 trial lawyers for each state. Additionally, she has been recognized for her work in domestic violence cases, receiving the Denver Domestic Violence Attorney Denver Award for 2012-2016.The Award Program is an annual awards program honoring the achievements and accomplishments of local businesses throughout the area. Ms. Diego was also featured on a E! Online news article in reference to Aurora Theater Shootings due to her expertise in Colorado criminal law.