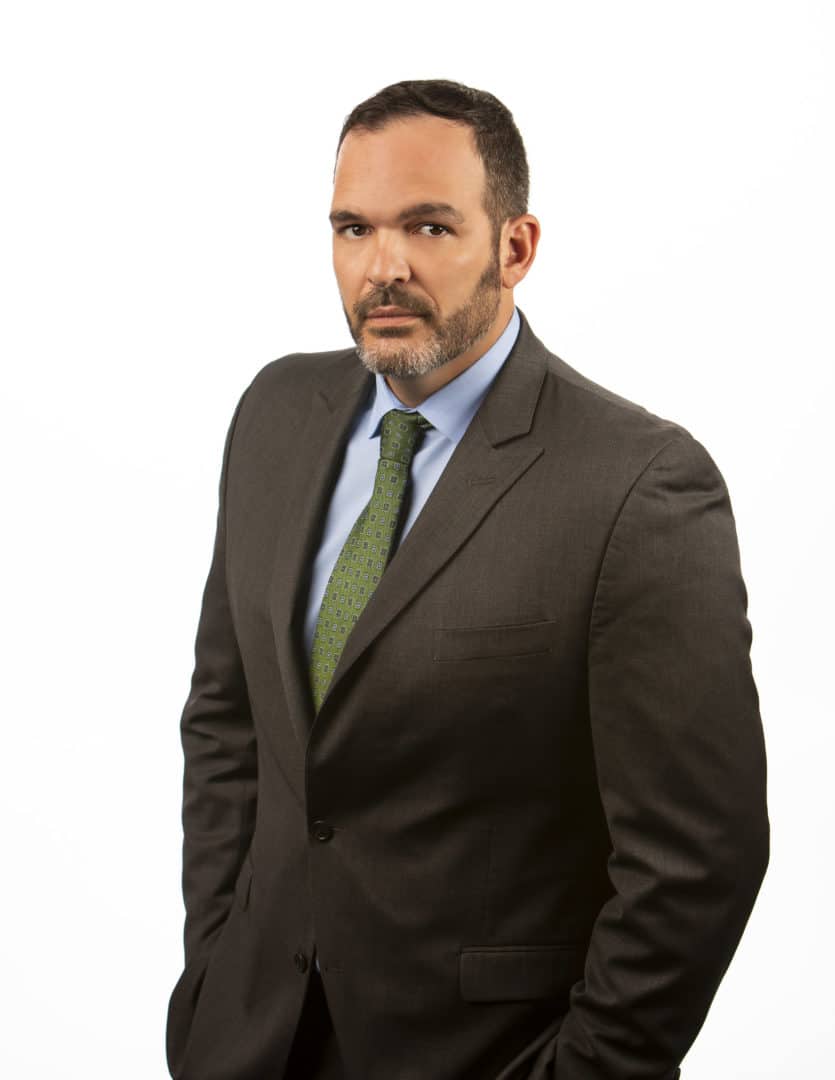 Alex is a bilingual attorney of Cuban decent. Alex is originally from Florida and came up to Indiana in 1999 to play football at Hanover College. Alex went to law school in 2004 and was a law clerk at Mitchell, Hurst, Jacobs and Dick during most of his law school career. He graduated from Indiana University School of Law in Indianapolis in 2007 and began his career as a trial attorney with the Marion County Public Defender Agency. Alex returned to work with Bill Hurst in 2011 and currently focuses his practice on plaintiff’s personal injury work.

Alex believes in community involvement and has worked closely with established Indianapolis organizations such as the Neighborhood Christian Legal Clinic, the Julian Center, and the Muslim Legal Clinic. At the Julian Center, Alex worked almost exclusively with Latino women who were the victims of domestic violence and was able to help all of them either finalize their divorce or secure custody of their children. As a volunteer attorney for the Neighborhood Christian Legal Clinic, Alex assisted a number of undocumented Latinos on their road to citizenship.

Alex has also spoken at three naturalization ceremonies on behalf of the Indianapolis Bar Association. He has also presented at the Latino Coalition against Domestic Violence on the topic of undocumented worker rights. Alex served as the Chairman of the Board of Directors for the Emberwood Center (an addiction treatment facility that serves a significant portion of the Hispanic Community) & the Vice Chairman of Addiction Services for the Mental Health America of Indiana Board of Directors.

Currently, he serves as the chairperson of the ITLA Young Lawyers Section. During his tenure as the Chair of the Young Lawyers Division, he has organized several community service events including multiple trips to Gleaners Food Bank and donations to the Julian Center.  Alex has also served as Amicus Counsel for the ITLA in Escamilla v. Sheil Sexton. In 2016, Alex was awarded the Max Goodwin Young Lawyer of the Year Award and the President’s Award on behalf of the ITLA. Alex is a member of the National Trial Lawyers Association and the American Association of Justice.

He is also licensed to practice law in Florida. He lives in Indianapolis, IN, with his wife and two children.