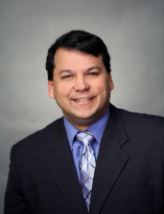 Jose is admitted to practice law in New York, New Jersey, and Venezuela. Jose began his career as an attorney in Venezuela. Jose’s outstanding Venezuelan practice was recognized several times by the Miranda State Bar Association, which awarded him with honors in three different years.

In 2012, Jose decided to open his new and independent law firm. After opening the Law Offices of Jose Perez, Jose has been involved in all areas of litigation, including construction, labor and employment, premises liability, motor vehicle accidents, workers’ compensation, SSI/SSD, and immigration. Jose has been a speaker/panelist at numerous events dealing with his legal practice, Workers’ Compensation, and immigration issues. Jose also has a “Know-Your-Rights” column in the CNY Latino newspaper.

2013 Keynote Speaker of the Opening Ceremony of the Onondaga County Hispanic Heritage Month;

Jose has dedicated countless hours to community service. Jose has been representing clients successfully before the immigration courts and the USCIS on a pro-bono basis. The Fifth Judicial District ProBono Action Now Program, a Probono program that was funded by the New York State Unified Court System, Catholic Charities of Tioga/Tompkins Counties, and The Worker’s Rights Group, a Syracuse task force, which advocates for immigrants in Central New York, have referred ProBono cases to Jose for representation in several fields.

Jose is the Vice-President of the Board of Directors of Nosotros Radio Inc. Nosotros’ mission is to provide quality Spanish & English language radio entertainment combined with on-air education for the encouragement and strengthening of the Latino community, and the promotion of intercultural sharing among Central New York’s diverse communities. Jose was also the Vice President of the League of United Latin American Citizens-(LULAC), Syracuse-NY-chapter, a Board Advisor of Syracuse University La Casita, and an Ad-hoc member of the Civil Rights Committee of Alliance of Communities Transforming Syracuse. Jose has appeared nationally on Telemundo and Univision.